The Nature of Honey

Honey is one of the most fascinating and complex substances on the planet.  But what is it, exactly? Produced by bees, honey is made from nectar -a sugary liquid- collected from flowering plants.  Bees transport it to the hive in an area of their body known as the ‘crop’. While there, the nectar mixes with enzymes that change its chemical composition and ph. Once in the hive honeybees process the nectar, adding proteins, enzymes and nutrients. They fan it with their wings to encourage evaporation and thickening reducing the water content to 17.1 percent. Sealed in the honeycomb with wax away from air and water, honey can be stored indefinitely, providing bees with a nutritionally complete food source for use during winter months.

The medicinal importance of honey has been documented in the world’s oldest medical literature, and since ancient times it has been known to possess antimicrobial properties as well as wound-healing activity. The healing property of honey can be attributed to the fact that it offers antibacterial activity, maintains a moist wound condition, and its high viscosity helps to provide a protective barrier to prevent infection. The antimicrobial activity in honey is due to the presence of enzymatically produced hydrogen peroxide (H2O2), methylglyoxal, and defensin-1 protein.  Defensin-1 protein was only recently discovered as a protein which is part of a bee’s immune system. Levels of antimicrobial activity and other nutrients will vary slightly in all honey depending on complex factors such as the bees foraging habits, availability of foraging materials, weather patterns during a given season, the time of year, and likely factors only bees understand.

What is Manuka Honey?

Manuka Honey is a type of honey that comes from Australia and New Zealand where bees forage in areas containing an abundance of Manuka trees (Leptospermum scoparium).  In the early 1980’s biochemist Dr.Peter Molan received funding from the New Zealand Honey Industry Trust to research the antibacterial properties of Manuka Honey.  To distinguish the different types of Manuka Honey based on the degree of antibacterial/antimicrobial activity they possess, Molan developed a grading system he called the UMF (Unique Manuka Factor).

This grading system can only be used to distinguish between different types of manuka honey. It cannot be used to compare Manuka honey to other honeys.  Manuka honey remains the single most widely studied honey because of the large body of research Dr. Molan produced over his career. This coupled with a heavy marketing investment on the part of the New Zealand government for its sale as a medicinal honey has grown it into a global empire. It has been touted as the super ‘healer’ honey of all honeys. But is it?

Basic Chemical Composition of all Honey

Chemically all honey is about 82% carbohydrate, those being fructose (38.2%) and glucose (31%); sucrose, maltose, isomaltose, maltulose, turanose and kojibiose.  Additional substances it is known to contain are the enzymes invertase, amylase, glucose oxidase and catalase. It contains the acid phosphorylase plus eighteen free amino acids.   Honey contains trace amounts of the B vitamins riboflavin, niacin, folic acid, pantothenic acid and vitamin B6. It also contains ascorbic acid (vitamin C), and the minerals calcium, iron, zinc, potassium, phosphorous, magnesium, selenium, chromium and manganese. 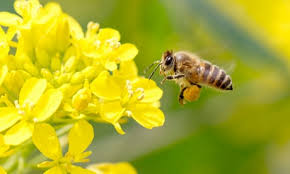 The main group of antioxidants in honey are the flavonoids, of which one, pinocembrin, is unique to honey and bee propolis. Ascorbic acid, catalase and selenium are also antioxidants.  Other compounds
honey contains are organic acids such as acetic, butanoic, formic, citric, succinic, lactic, malic, pyroglutamic and gluconic acids, and a number of aromatic acids. Honey contains hydroxymethylfurfural, and prebiotics, and as mentioned above it gains its known antimicrobial properties from hydrogen peroxide (H2O2), methylglyoxal, and defensin-1 protein.

Regular or commercial honey is pasteurized (heated to high temperatures) and filtered to kill any natural, healthy yeast that may be present which will eventually cause fermentation.

Raw honey is honey in its most natural state, meaning it has not been strained, filtered or heated.

Any processing, including gamma irradiation will alter some of the natural properties of honey.

Put simply, honeys other than Manuka have not been studied as extensively, if at all.  So there is limited evidence to suggest Manuka honey is  superior because there aren’t comparative studies.  Also, it is important to note that not all Manuka honeys are equal. Like all honey, composition varies slightly from hive to hive and from season to season.  In conclusion, while some Manuka honey may be slightly superior to certain other honeys, the evidence to conclusively suggest this does not exist.